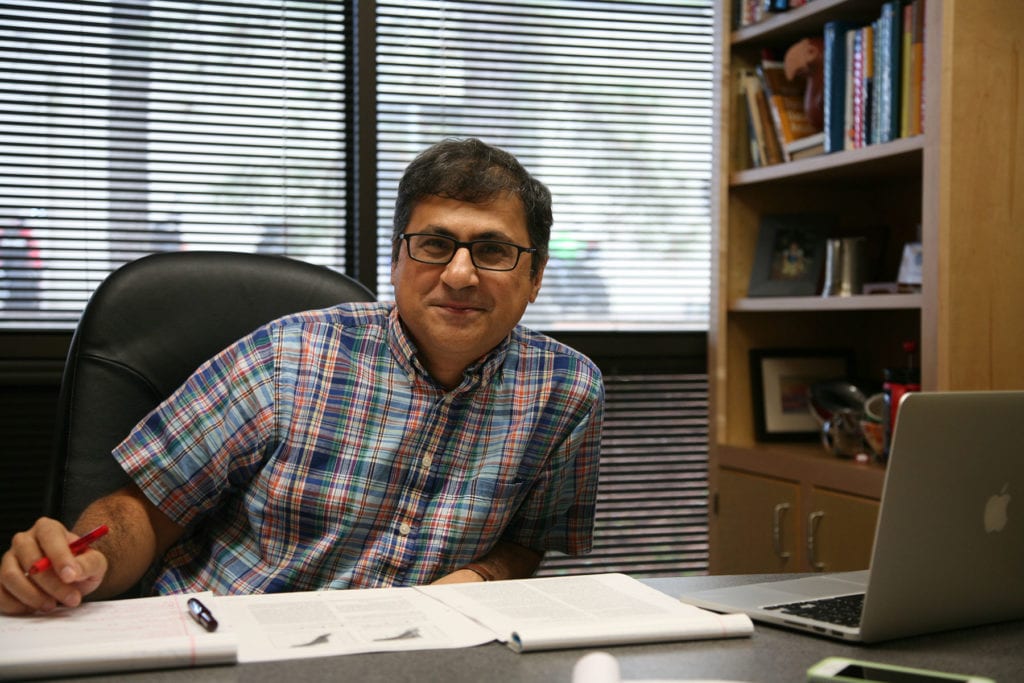 Pejman Rohani spends his time breaking complex ideas down to the basics, building mathematical models in order to track the transmission, evolution, and population dynamics of infectious diseases.

Professor Rohani works at the University of Georgia in both the Odum School of Ecology and the Department of Infectious Diseases in the College of Veterinary Medicine. The work in his lab as a whole investigates the incidence of childhood diseases and how they spread so that more efficient control strategies can be developed.

“I am fundamentally interested in the dynamics of biological systems,” said Rohani. “I would like to explain why things fluctuate for example. It is intensely nerdy, but I won’t make any excuses for it.”

The diseases he studies have spanned from polio to avian influenza viruses to measles; however, the bulk of his research has focused on tracking pertussis, or whooping cough. He has published numerous works on this subject including a book soon to be published entitled, Pertussis: Epidemiology, Immunology & Evolution.

Rohani says he finds pertussis interesting because it is making a comeback in many parts of the world even though it is one of the main vaccine-preventable diseases. Places like Australia or the U.S., where vaccinations are common for this disease, have seen a resurgence in the number of people with pertussis. A recent paper from the lab concluded that this may be the result of “incomplete historical coverage with an imperfect vaccine.”

To conduct his research, Rohani combines the analysis of existing data and data mining, with mathematical and computational models to create biological models describing the transmission of the disease or infection.

Rohani has studied this subject since obtaining his doctorate in Biology from Imperial College, University of London. This degree combined with his undergraduate degree in mathematics from Manchester University is incredibly beneficial for bringing an ecological perspective to infectious disease epidemiology.

Rohani said this is what originally drew him to the field.

“Once I started learning about things like measles and pertussis, I was a goner. They got their teeth into me,” said Rohani.

In addition to his research, Rohani teaches Evolutionary Medicine at UGA. He says that while preparation for teaching can be demanding, there is little that matches the feeling of being in a classroom when there is a lot of student interest.