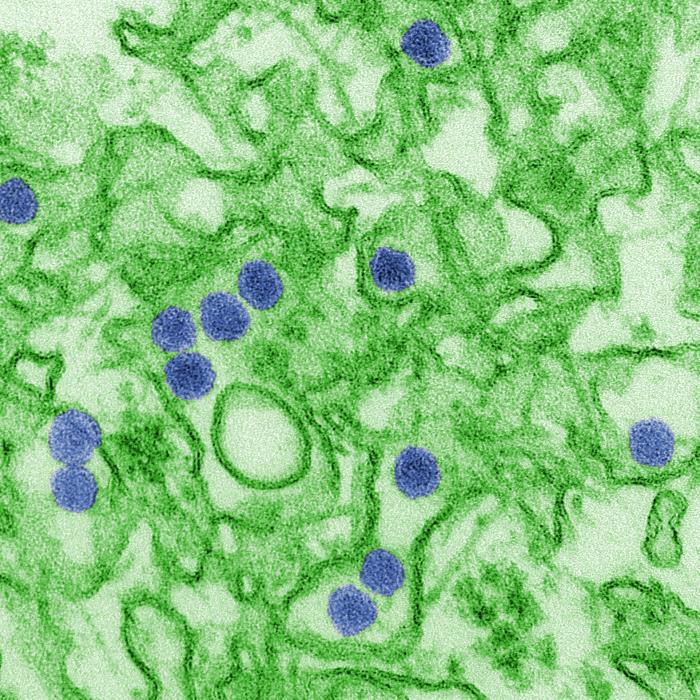 When the Zika epidemic burned through the Americas in 2015, it was transmitted in the same areas where dengue virus was already endemic. This was not unexpected, as both viruses are genetically and antigenically similar, and they also share the same mosquito vectors, Aedes aegypti and Aedes albopictus.

But what was surprising was how quickly dengue virus faded into the background in the immediate years following the Zika outbreak. New findings from researchers at the University of Florida’s Emerging Pathogens Institute and UF’s College of Liberal Arts and Sciences Department of Biology, describes how dengue was likely suppressed to abnormally low levels in Latin America in the years following the Zika epidemic. Their works explains a possible mechanism for how dengue then came roaring back in 2019.

The study, published in Nature Communications, was led by University of Georgia postdoctoral associate Rebecca Borchering while she was a postdoctoral researcher in biology at UF. It was conducted by multiple members of the Infectious Disease Dynamics lab which is led by the study’s senior author, Derek Cummings, who is a UF biology professor.

The researchers suspected that something about the immune response to Zika offered cross-protection against subsequent dengue infection. Prior work conducted by Cummings and collaborators, and published in Science, showed that individuals with dengue immunity were partially protected from the new Zika virus.

“In certain parts of Brazil, 60 to 70 percent of the population was infected with Zika within four or five months in 2015,” Borchering says. “The attack rate was extremely high. That was followed by reports in 2017 that Brazil was experiencing a very low incidence of dengue. We decided to test this more rigorously, to see if there was a relationship between Zika infection and subsequent dengue infections.”

Specifically, Cummings wondered, What if being infected with Zika offered immunity against dengue for a year or two? Temporary immunity is observed between dengue viruses so it would make sense that infection with the similar Zika virus might create the same temporary protection.

Borchering, now a postdoctoral research associate in the Odum School of Ecology at the University of Georgia, says their first major finding was to establish that statistically, 2017 was an aberrantly low year for dengue in Brazil and Colombia.

“Dengue naturally has cycles of high and low incidence years,” Borchering says. “But even given these cycles, the observed dengue incidence was statistically very different from what you would expect given past historic data.”

When there are low amounts of dengue in a population, that means immunity is not being produced, Cummings says. “It tends to mean that in future time periods, you will have more dengue,” he adds. “There is a feedback in the system that immunity suppresses further transmission, and if you have not had a lot of immunity accumulating in the past few years, then you might be waiting for a pretty sizeable outbreak.”

To test whether immunity produced in response to Zika infections that temporarily protects individuals from dengue could explain the decline in dengue seen after the Zika outbreak, the group built simulations of dengue and Zika transmission. They examined a wide range of simulations with multiple assumptions of interactions between dengue and Zika.

“We found that these low numbers of dengue incidence in 2017 and 2018 were best explained by the simulations that had varying levels of cross-immunity built into them,” says Angkana Huang, a UF doctoral student in biology who also worked on the study. “Which supports the line of thinking that cross-immunity from Zika infections works to suppress dengue transmission in the years following a Zika outbreak.”

The simulations also suggested that periods of reduced dengue could be followed by very large epidemics of dengue, once cross-protection waned and dengue resurged. This finding of the models has unfortunately been seen in real life; many countries of the Americas have experienced record numbers of dengue cases in 2019 including 1.9 million cases reported from Brazil.

There are some limitations to the data, Borchering cautioned. “Many early Zika cases may have been misdiagnosed as dengue, due to shared symptoms, or were not recorded, because it took time to identify that Zika virus was circulating and to establish reporting protocols,” Borchering says. Second, climatological factors and changes in surveillance may affect dengue incidence and could contribute to changes seen in the last few years.

Cummings says that research is needed at the level of individuals to see how Zika and dengue immunity may affect each other, and whether having had Zika was predictive of who has a dengue infection. He expects that dengue will begin to settle back down to normal after this year, as the perturbation of Zika entering the Americas as a novel pathogen settles down.

“The big question now is, when will Zika come back?” Cummings says. “Because it almost certainly will. What we don’t know is how long Zika immunity excludes new Zika outbreaks.”